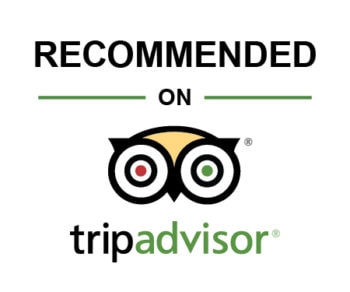 TripAdvisor (TA) weighs in on the silly dust-up between Laura Ingraham and juvenile political activist (see useful idiot), David Hogg, by removing its advertising spots from Ingraham’s television show on Fox. Evidently, TA thinks it is positioned to make a moral judgment about Ingraham’s tweet about a whiny snowflake, so it decided to mix in virtue signaling with its evil “business” practices. 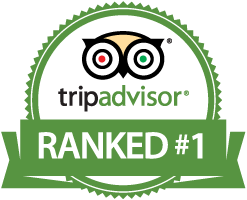 TripAdvisor’s moral preening seems odd when you take into account that the website deletes reviews by women who make what has to be a tough decision to recount being raped, sexually assaulted, or violated at various establishments in Mexico to warn people to steer clear of the locations. For instance, in October 2010, Kristi Love was raped at the Iberostar Resort in Riviera Maya, Mexico by a security guard, and despite her horrible ordeal, she mustered up the courage to post a review to tripadvisor.com to warn her fellow travelers about Iberostar. However, TA refused to publish her post; warnings about rape do not conform to TA’s posting guidelines; keep your rape to yourself. For several weeks, Love posted her warning on TA every day until the website blocked her IP address.

Unfortunately, Love is not alone because numerous women had posted warnings about the crimes perpetrated upon them when lodging at various hotels and resorts in Mexico; TripAdvisor deleted all of their posts. To be fair, TA did publish Love’s post seven years after her horrific ordeal in the chronological order of all reviews of the scene of the crime, buried so no one can find it. Jamie Valeri is someone who would have benefitted from Love’s post.

“Maybe we wouldn’t have gone or maybe that wouldn’t have happened to me,” Jamie Valeri, a mother of six from Wisconsin, told the Journal Sentinel, speculating as to how she might have been able to avoid being assaulted had a review of a prior guest’s similar experience not been removed from the site. Valeri was sexually assaulted at Iberostar after a few drinks of tainted alcohol caused her and her husband to blackout. Valeri felt obliged to relay her story to fellow travelers by posting what happened to her on tripadvisor.com. TripAdvisor did not think Valeri getting drugged and sexually assaulted warranted publication and labeled her comments “hearsay” and removed her posts; Valeri gave up after several attempts to post her story on tripadvisor.com.

TripAdvisor doesn’t think posts by travelers about rape, sexual assault, robbery, and theft are worthy of publication. However, TA thinks a negative tweet about the absurdity of a teenager’s plaintive wails about his college applications demands a response.

Why did TA pull its ads from the Ingraham Angle? It appears that a travel website that has never shown an inclination to do anything substantive to right real wrongs decided virtue signaling something meaningless like a tweet would endear the website to its comrades on the Left. The powers that be at the website’s headquarters probably thought what a good time they and all of their comrades would have lacerating Ingraham while at the same time preening themselves on their own superior virtue, virtue void of virtue.

In the words of Roger Kimball, “How satisfying to know that one is automatically on the side of virtue simply because one espouses the party line.” Although TripAdvisor’s business practices are evil, it is virtuous in the eyes of the progressive herd because it removed its advertising from a conservative’s television show, politics trumps rape.