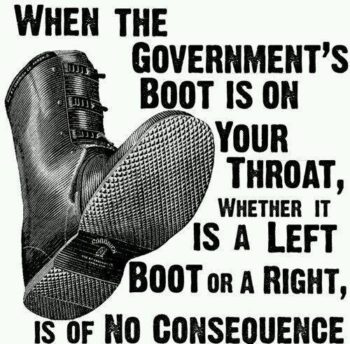 The Irving, Texas-based Michaels Stores agreed to pay the Leviathan $1.5 million to settle a shakedown by the Department of Justice (DOJ) and Consumer Product Safety Commission (CPSC) that charged the retail chain of committing the heinous crime of “failing to timely report to the CPSC information regarding a large glass vase that injured four consumers between 2007 and 2009.” It appears that when glass breaks, it becomes sharp to the point that it can cut human skin. Fortunately, the federal government leaped into action when it discovered that consumers were injured when their Ashland vases broke. 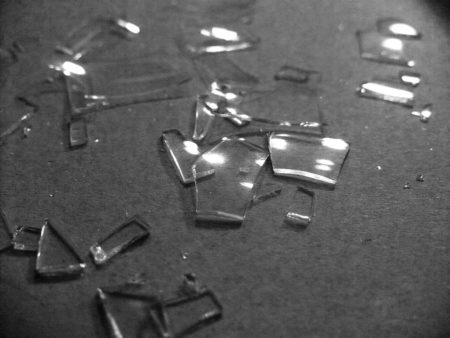 Michaels Stores is guilty of not filing accident reports to the nanny state in the allotted time, so it found itself in the crosshairs of the tyrannical power of the nameless, faceless, unaccountable bureaucrats who devise and implement silly, unnecessary, destructive regulations. Why is it necessary for businesses to submit a report to the federal government for every accident related to a product it sells? The primary reason for every federal regulation is to feed the beast by levying fines against those who fun afoul of any of the hundreds of thousands of rules and regulations promulgated by the “experts” who claim they are shielding you from pain and hardship.

The U.S. government practices shakedown socialism under the guise that it is an omniscient, benevolent, impeccable machine pushing America towards utopia. An American suffers lacerations on her hands after a glass vase breaks; the Leviathan swoops down to punish the evil corporation that harmed her. What happens in America is not what happens in a socialist country like Venezuela where the government uses force to assume ownership and control of companies. In America, the government allows companies to maintain a modicum of independence because it doesn’t officially nationalize them, but due to the mountain of cumbersome regulations it imposes on them, it effectively assumes ownership of American businesses.

The federal government regulates every transaction, including accidents, real or litigiously motivated, related to business operations. Michaels Stores learned the hard way that a business has to be keenly aware of every federal rule and regulation and follow them to the tee or incur the wrath of the almighty state. The DOJ and CPSC seized on an opportunity to confiscate money from Michaels to transfer into the federal coffers to be redistributed at a later date.

The federal government doesn’t produce anything; it takes by devising and implementing rules and regulations used as weapons to shakedown businesses to feed its ravenous appetite for more and more of the money generated by capitalism. America’s brand of socialism is unique because American politicians and bureaucrats do not want to own or operate corporations because they know they do not possess the intelligence or skills required to run a profitable business, so they shakedown successful companies to feed the Leviathan that funds their existence and allows them to avoid real work.