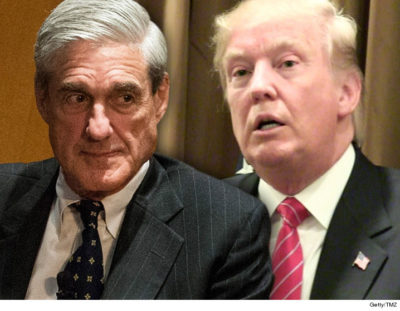 Robert Mueller and his Komitet Gosudarstrennoy Bezopasnosti (KGB) agents are carrying out an “investigation” known as the Russia probe that is designed to punish the people who helped Donald J. Trump defeat the establishment candidate and presumptive winner of the 2016 presidential election, Hillary Clinton. The tactics Mueller and his KGB agents use against their political enemies are reminiscent of the tactics state agents of the Union of Soviet Socialist Republics  (USSR) used to terrorize and destroy anyone who opposed the state. Mueller is not investigating a crime; there is no crime to investigate, he is an agent tasked with overturning the result of a democratic election because the victor is a threat to the system they created and use to enrich themselves. 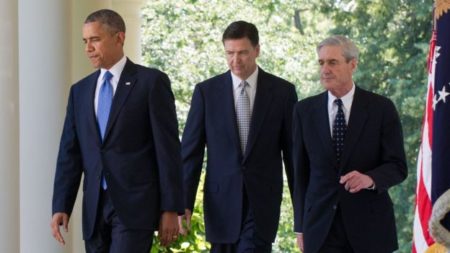 Mueller’s handpicked agents are not neutral, ethical people dedicated to justice, they are partisan hacks focused on punishing their political enemies. The following are introductions to a couple of the officers of the Inquisition.

Weissmann served as general counsel to the Federal Bureau of Investigation (FBI) when Mueller was Director of the FBI in Barack Hussein Obama’s regime. Once Mueller was tapped by the permanent political class to serve as the special counsel tasked with looking for crimes that can be used to punish President Donald Trump and anyone who ever worked for or had dealings with Trump, he asked Weissmann to join his team. Weissmann is a perfect fit because he is a lifelong Democrat. 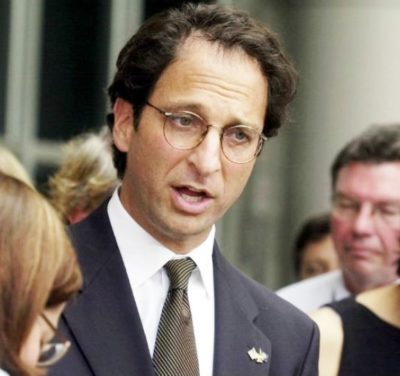 Proof of Weissmann’s Democrat bona fides is in his campaign and party contributions. He made $1,000 and $1,300 donations to Obama and showed his allegiance to the Democrat Party by contributing $2,000 to the Democratic National Committee (DNC). It is not unethical or illegal for a government employee to give money to politicians and political parties. However, political allegiances and campaign donations call into question the credibility of someone who is investigating the people responsible for denying your side a victory. Weissmann’s political contributions and party affiliation don’t just damage his credibility, it destroys the credibility of the team investigating a man, President Trump, he wants to fail and applauds those who actively thwart the policies of the POTUS.

Weissmann is not an impartial steward of justice; he is a Democrat who heaped praise on Obama Department of Justice (DOJ) holdover, Sally Yates, who as Acting U.S. Attorney General refused to defend President Trump’s travel ban. In May 2017, Judicial Watch filed a Freedom of Information Act (FOIA) lawsuit after the DOJ failed to respond to a February FOIA request seeking Yates’ e-mails from her government e-mail account. Judicial Watch succeeded in forcing the DOJ to send Yates’ e-mails, and a review of the documents revealed that Weissmann is an anti-Trump partisan. Weissmann sent an e-mail to Yates after her public display of insubordination toward President Trump regarding his travel ban that reads:

I am so proud. And in awe. Thank you so much. All my deepest respects.

Weissmann’s gushing praise of Yates is more proof that he is a political hack who was given the rare opportunity to use the full force of the state to punish his political enemies. After the Russia probe, Yates can heap praise on him.

Jeannie Rhee resigned from the WilmerHale law firm to join Mueller’s team. Before her time at WilmerHale, she served as deputy assistant attorney general under former Attorney General Eric Holder. Her duties in the Obama administration included advising Holder and administration officials on criminal law issues, criminal procedure, and executive issues. Despite the demands of the various positions Rhee has filled inside and outside of the federal government, she always finds time to donate to Democrats and the DNC. The following is an abbreviated list of her contributions from 2015 to present:

Rhee is more than just a Democrat donor; she is an attorney who has provided legal services to Democrats.

Rhee represented Obama Deputy National Security Adviser Ben Rhodes during Congress’s investigation of the Benghazi terrorist attack that happened in 2012 during Hillary Clinton’s time as secretary of state. In 2015, she represented the Clinton Foundation against a racketeering lawsuit filed by a conservative legal activist. 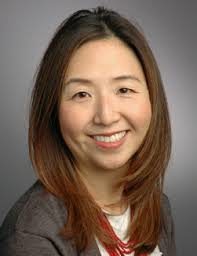 Rhee gave $5,400 to Hillary Clinton’s failed presidential campaign; now she is a member of an independent body that has unlimited power and funds to investigate the man who defeated her candidate of choice. Why do you suppose she resigned her lucrative position at WilmerHale; to seek vengeance?

Mueller, Weissmann, Rhee, et al. have yet to provide one shred of evidence that candidate Donald Trump and his associates colluded with the Russian government to win the 2016 presidential election. They’ve conducted pre-dawn raids, ambush “interviews” and used their power to force people into pleading guilty to process crimes rather than continue to fight against a rogue state armed with an unlimited supply of federal tax dollars and a politicized, weaponized DOJ and FBI.

Paul J. Manafort was the first person to incur the wrath of the inquisitors. In July, federal agents bearing a search warrant picked the lock on his front door and stormed the bedroom where he and his wife were sleeping and roused them out of bed to serve the warrant and search them and the premises. The agents confiscated binders stuffed with documents, including bank documents, copied computer files while guards kept an eye on Manafort and his wife. The raid by Mueller’s henchmen was a far cry from the tactics usually deployed to investigate white collar crimes, in fact, some officials have described his tactics as “shock-and-awe tactics” used to intimidate witnesses and potential targets of the investigation. According to The New York Times,

The special counsel, Robert S. Mueller III, then followed the house search with a warning: His prosecutors told Mr. Manafort they planned to indict him, said two people close to the investigation.

Manafort has been charged with various crimes related to his work as a lobbyist, not the fifty-one days he spent working for Trump’s campaign. Manafort has pled not guilty to the charges that date back to 2006.

Michael Flynn is another former Trump staffer who has been punished for daring to work for Trump. Mueller and his team of Trump-haters targeted Flynn from the outset of their witch hunt and they forced a guilty plea out of him for making false statements to the FBI during an ambush interrogation on January 24, 2017.

Flynn pled guilty to making false statements to the FBI after his family urged him to give up his fight against the police state to avoid economic ruination. His decision to plead guilty to the false statement charge had nothing to do with the truth, but rather his mounting legal costs that have forced him to make the tough decision to sell his home in Northern Virginia to cover his attorney fees. Flynn made the following statement about his settlement with Agent Mueller:

After over 33 years of military service to our country, including five years in combat away from my family, and then my decision to continue to serve the United States, it has been extraordinarily painful to endure these many months of false accusations of ‘treason’ and other outrageous acts…My guilty plea and agreement to cooperate with the Special Counsel’s Office reflect a decision I made in the best interests of my family and of our country.

Flynn faces a felony charge of making false statements to the FBI that has nothing to do with the mystical “crime” of “collusion” and everything to do with a group of Democrats who are angry that (1.) Hillary Clinton is not the President of the United States, and (2.) Trump is rolling back Obama’s progressive policies. Mueller’s dubious investigation bankrupted and destroyed a combat veteran who served his country with honor and distinction because he chose to support the wrong presidential candidate.

The Russia investigation is an inquisition carried out by the political opponents of President Trump. Robert Mueller, Andrew Weissmann, Jeannie Rhee, et al. are wasting hard-working Americans’ tax dollars to give expression to their hostility towards President Trump and his agenda by ruining as many of his former and current staffers as possible on their way to unseating him to void the results of an election that has created an anger inside them that fuels their appetite for revenge.