It is About Old Glory and America’s National Anthem 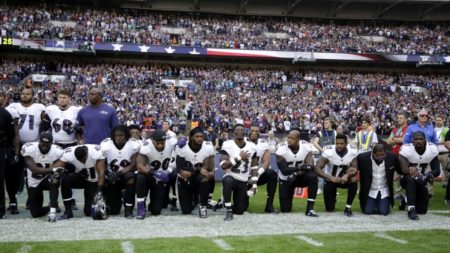 It appears that some of the semi-literate millionaires who play and coach in the National Football League (NFL) realize that the greater majority of Americans do not approve of them kneeling during the playing of America’s national anthem because they are desperately trying to redefine what it means to disrespect Old Glory, our national anthem, and our military. Aaron Rodgers and Pete Carroll are two of the dunces who are telling the American people that kneeling while Old Glory is waving and our national anthem is playing has nothing to do with our flag or anthem. If so, why kneel during the anthem? 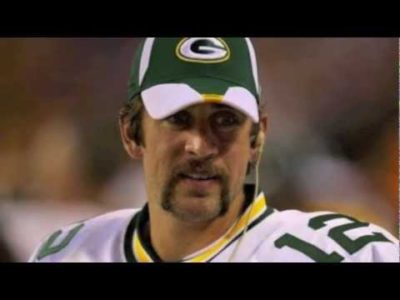 Aaron Rodgers claims “this is about unity and love and growing together as a society and starting a conversation around something that may be a little bit uncomfortable for people;” it isn’t. Pete Carroll attempted to redefine the act of kneeling during America’s national anthem by insisting that by kneeling they are “standing for love and justice;” not true. Rodgers and Carroll forget that the person, Colin Kaepernick, who started this nonsense told us why he refused to stand up for the anthem. Kaepernick said, and we remember, “I am not going to stand up to show pride in a flag for a country that oppresses Black people and people of color.” Kaepernick thinks America is a racist country and police officers are thugs who target black people., so he refused to honor Old Glory and America’s national anthem.

Before addressing the dullards who are treating us to a redux of Bill Clinton’s “It depends on what your definition of is is,” it is worthwhile to make a point about police officers. The greater majority of black, NFL players grew up in crime-riddled neighborhoods. The police departments that supposedly tyrannize over black people are the only thing that prevents predominantly black neighborhoods from descending into anarchy. Now, let’s move onto their ticket out of poverty.

Why do you suppose Rodgers and Carroll are trying to reformulate Kaepernick’s message? The NFL is the goose that laid the golden egg for team owners, coaches, and players; they are rich beyond their wildest dreams. However, the goose is feeling sick.

The NFL’s television ratings are in the toilet, and fans who attend the games show their displeasure for the unpatriotic actions of the simpletons by incessantly booing them. Evidently, DirecTV customers who subscribe to the NFL Sunday Ticket have made so much noise that DirecTV had no choice but to allow customers to cancel the NFL Sunday Ticket and receive a full refund. The goose is choking on the virtue signaling of neanderthals suffering from malignant narcissism. It is possible Rodgers and Carroll realize the NFL is a business and it is trashing its customers, so they are trying to make sure the goose doesn’t die; they love golden eggs.

Americans who revere NFL players should take a step back to reflect on who the players are because they might decide that financially supporting them is a grave mistake. The best starting point to assess whether NFL players deserve your money is NFLArrest.com. The website allows you to search arrests records by a team, date, a day of the week, and type of crime. According to NFLArrest.com, the average span between player arrests is seven days. Unfortunately, the website did not start tracking player arrests until 2000, so you won’t be able to pull data for murders, rapes, domestic violence, drug possessions, et cetera before 2000. After persuing the arrests records on NFLArrest.com, you might conclude that the NFL is a criminal organization, not a sports league.

Do not be bamboozled by charlatans like Rodgers and Carroll who attempt to dress up a pig in a tuxedo. Any person who kneels during the playing of our national anthem is a cretin who has no respect for America or the people who pay their salaries. The fans made the players rich, not the NFL, not team owners. It is time for NFL fans to stop worshipping false idols and worship GOD.