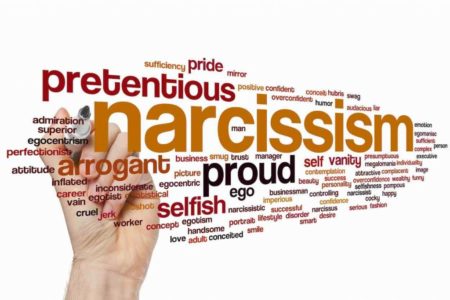 Narcissism is a psychological disorder that serves as the foundation of the Democrat Party. AntiFa, Black Lives Matter (BLM), ESPN, and the National Football League (NFL) are the narcissistic offspring of the Democrat Party who are engaged in a cultural revolution based on the core principle of hell.

“The core principle of hell is I am my own; I am my own king. I am the center. I am the object, and I am the end. My judgment is the faultless rule of all things.”

The spoiled, rich, white kids who make up AntiFa believe they are gods on a mission to transform America into a communist utopia. Although history has proven that communism is a failed political ideology, AntiFa demands communism for America. In the twentieth century, communists murdered 94 million people, but this fact is irrelevant to AntiFa. AntiFa has decided that communism is the key to happiness, and their opinions are the faultless rule of all things; opinion, not truth, is what animates the Left. 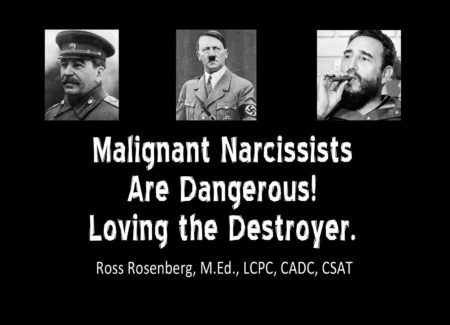 Black Lives Matter is another left-wing group that seeks to remake America into its image. Black Lives Matter thinks the essential characteristic of a person is not the content of his or her character, but the color of his or her skin. Jesus commanded us to “Love the Lord your God with all your heart, with all your soul, and with all your mind.” He also commanded human beings to “Love your neighbor as you love yourself.” Members of BLM love themselves and their tribe with all their heart, soul, and mind, and they only love their black neighbors. BLM has positioned black people, not God, at the center of the universe.

Do you remember when ESPN’s Jemele Hill tweeted that President Trump is a white supremacist? Why did she think it was okay to use her position at ESPN to comment on something other than sports for the “sports” network that employs her? Hill is not concerned about what her employer wants from her because her opinions are more important than her job duties. Hill thinks she is superior and she tweeted to show her solidarity with the equally extraordinary people of AntiFa and BLM. A symptom of narcissistic personality disorder is “believing that you are superior and can only be understood by and can only associate with equally special people.” Hill’s moral preening is rooted in narcissism, not truth. “Look at me; I’m with you, love me!”

The NFL has joined the Left’s cultural revolution to the dismay of the people who made the league an incomprehensible financial success. NFL players’ decision to protest America by disrespecting her flag and military personnel, past and present, is a hollow gesture carried out by self-important people; virtue signaling is all the rage. Kneeling during the national anthem is a way for NFL players to put themselves on a pedestal and signal to the world that they are virtuous based on virtue defined by the Left. “Please notice my public display of hatred for the United States and heap praise on me.” 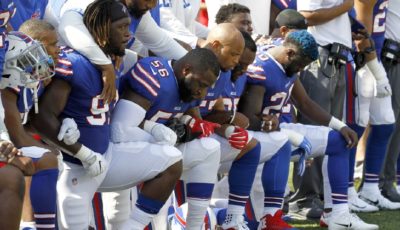 Currently, the feelings of spoiled, rich, white kids, black militants, television personalities, and self-important professional athletes are creating chaos in America. The “protests” of these radical leftist groups are meant to send a message to the non-believers, conform to what we believe or else. Feelings lead to fascism; facts lead to freedom. Everette Piper provided the following warning about the Left’s cultural revolution:

Jesus said, “And ye shall know the truth, and the truth shall make you free.” The radicals on the Left are redefining reality based on a false claim that they are gods and their opinions are the truth, and semi-literate athletes and “sports broadcasters” have entered the temple of secular saints as heroes of political correctness; their narcissism is satisfied for now.

The tribes that make up the Democrat Party are the creations of narcissists, and those who support them are narcissists hoping to endear themselves to their fellow narcissists; “You’re special, I’m special, let’s be special together.” Narcissism is the primary characteristic of Antifa thugs, BLM radicals, ESPN commentators, and NFL players; they think they are the Word, the Light, and the Truth.