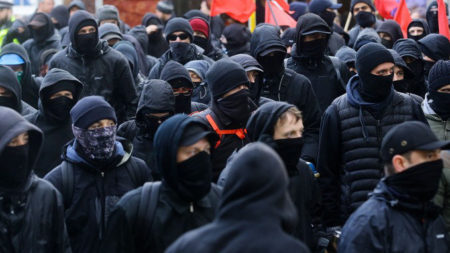 What does the Democrat Party do when it loses a presidential election that was supposed to be an inevitable victory; enter AntiFa and Black Lives Matter (BLM).  According to the Democrats and their comrades in the mainstream media, the 2016 presidential election would prove to be nothing more than a mere formality on the way to crowning Hillary Clinton, the supreme ruler, but something extraordinary happened on the way to Clinton’s coronation; Republican voters didn’t listen to the Republican establishment and voted for an outsider. Republican voters made sure the Republican nominee was not the usual milquetoast like John McCain and Mitt Romney that gets trounced by the forces of the Left.

The night of November 9, 2016, sent shockwaves through the Democrat Party because Donald Trump won over the presumptive President of the United States (POTUS), Hillary Clinton. Despite the Clinton campaign’s commitment to identity politics and a strategy of divide and conquer, it lost to a man who had never held elective office. What can Democrats pivot to when identity politics fails? 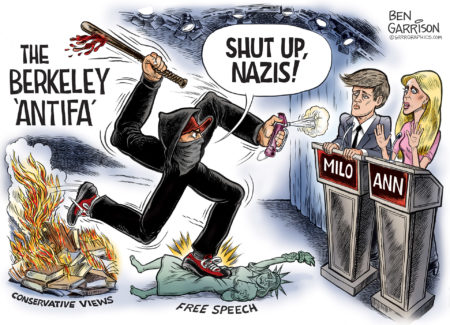 The Democrat Party is the party of taxes, regulations, open borders, tyranny, and lawlessness, but it cannot win elections by promising misery; enter plan B — violence and mayhem.

The violence and chaos that routinely engulfs American cities is the reaction to the result of a presidential election that was supposed to continue the march towards the utopia that progressives promised their worshippers. Democrats are upset that their candidate lost and the heretics responsible for their defeat must be punished. AntiFa and BLM are the coercive power that demands conformity to the progressive agenda; submit to utopia or get pummeled by the mob.

AntiFa and BLM are the Democrat Party’s version of Benito Mussolini’s Blackshirts and Adolph Hitler’s Brownshirts, and the marching orders from their progressive masters are to use intimidation and violence to silence President Trump’s supporters so that maybe they will go away; the anti-fascists are fascists. Antifa and BLM are attempting to carry out a revolution to deliver power to a political party that has told them they are victims of America because the American founding was enshrined racism and inequality. The Democrat Party affirms the rage and anger of Antifa and BLM, and in turn, the terrorist organizations provide pandemonium that is a welcome distraction to Democrats because they don’t have a message that appeals to rational beings.

What is the end game for the Democrat Party? Democrats are never going to abandon identity politics no matter how many elections they lose because they are Godless, unprincipled people motivated by a thirst for absolute power, nothing more. AntiFa and BLM are useful idiots for Democrats because they are willing to resort to violence to deliver power to their gods; they want utopia, so the end justifies the means. Democrats have decided that if they convince voters that there is a “fascist” or “racist” under every bed, in every closet, and lurking around every corner, they will be able to energize their base and possibly shame the opposition into staying home. In the meantime, AntiFa and BLM will continue to do their part to pressure the non-believers into surrendering to progressive orthodoxy.