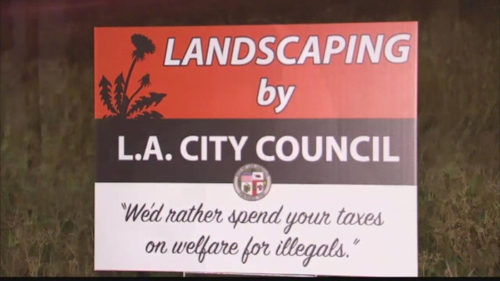 The Department of Justice filed a complaint against the City of Los Angeles (L.A.) for fraudulently obtaining $681,569,353 from the Department of Housing and Urban Development (HUD). The City of Los Angeles and its Community Redevelopment Agency (CRA) secured funding from HUD that allowed the construction of 341 apartment complexes by claiming and repeatedly certifying that a certain number of apartment units are for disabled people and all units are handicap accessible, neither is true of any of the complexes; in LaLa land progressives prefer illegal immigrants over the handicapped.

The motivation for L.A. to defraud American taxpayers was the financial reality of its and the State of California’s policies related to illegal immigrants. The Democrats who have controlled California and the City of Los Angeles for decades have transformed L.A. into the second largest Mexican city in the world behind Mexico City by their conscious, committed effort to use illegal immigrants as transformative tools that will deliver them permanent power. However, there are costs associated with importing poor, unskilled foreigners for political purposes.

The Department of Justice’s complaint cites the False Claims Act (FCA) and Fraud Enforcement and Recovery Act (FERA) as the federal laws that apply to L.A.’s nefarious activities. The following is from the DOJ’s complaint:

The City of Los Angeles and its CRA knowingly falsified documents to HUD to secure funds through the following block grant programs:

These federal, wealth redistribution programs are not designed to provide illegal immigrants with housing. The City of Los Angeles cannot afford to provide the housing necessary to shelter the hundreds of thousands of illegal immigrants it has welcomed and shielded from deportation. Therefore, the Democrats who own and operate L.A. have to ignore HUD’s rules and regulations because they are desperate.

The State of California and its failing cities are in dire financial straits because the Democrat Party depends on wealth redistribution based on identity politics to gain and maintain power. The City of Los Angeles has to defraud the federal government and American taxpayers to obtain money to build housing units because L.A.’s shrinking middle class has limited funds. The State of California is in just as bad of shape as L.A., which is why it submitted “a list (51 projects) of $100 billion in projects for possible federal funding to help rebuild the Golden State’s system of crumbling roads and bridges and improve transit and water storage.” Housing projects and infrastructure projects do not translate to votes, so Democrats are not interested in redistributing tax dollars for such things; let American taxpayers pay for them. 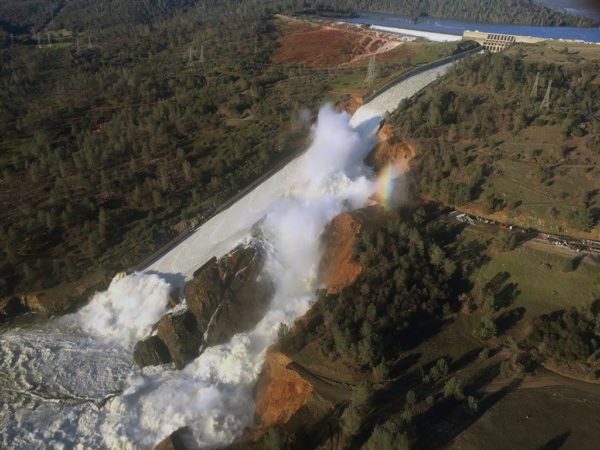 Oroville Dam’s main and auxiliary spillways were opened to relieve water pressure. Despite warnings that started fifteen years ago, the State of California will not pay for upgrades to make the dam structurally sound.

The DOJ should pursue criminal indictments of every politician and bureaucrat responsible for defrauding taxpayers. Recovering the tax dollars from L.A. will not be enough to deter other cities from attempting to procure tax dollars by unlawful means, so it is imperative that the people responsible are prosecuted. The only deterrent to crime is punishment, which is why sending the people responsible for falsifying documents and making false statements to prison is the appropriate response to LA’s theft of $681,569,353 from American taxpayers.