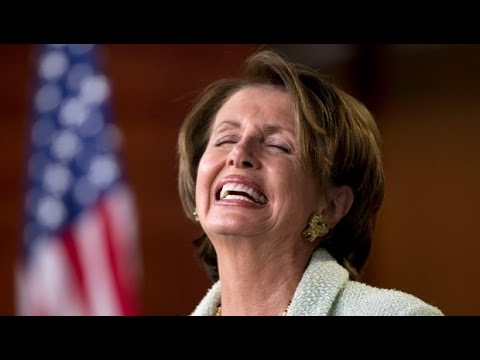 Nancy Pelosi is taking a break from insider trading and elective plastic surgery to warn us that passage of The American Health Care Act (AHCA) will lead to hundreds of thousands of deaths. She does not tell us how the victims in waiting will die; she just declares that they will die. She issues her ominous warning without details; progressives never present evidence to substantiate their claims.

Can we expect people to die if/when the U.S. Senate approves the legislation, or will the carnage take place after President Trump signs the bill into law? These are important questions that people want and need to know. We can all appreciate how adept the “master legislator” is at drafting legislation to benefit her and her husband, and she could teach a class on insider trading, but she’s left us hanging on the impending plague that is going to wipe out hundreds of thousands of people.

What will we see when people start succumbing to the AHCA? Maybe people will just drop dead in the streets; you’re walking down the street, and people around you face plant onto the sidewalk? Maybe you are sitting in a restaurant, and some guy at the table next to you falls into his soup? Will people die in groups? Perhaps people attending a birthday party at Chuck E. Cheese’s suddenly slip into a permanent nap? Are we going to find co-workers slumped over in their desk chairs? Why doesn’t Pelosi share her insider information? Nancy, please take a break from using your office to enrich yourself and provide us with the particulars of the approaching orgy of death.

What are the signs and symptoms of terminal AHCA? Physicians have to know the signs and symptoms of AHCA to correctly diagnosis their patients? Of course, according to Pelosi’s dire warning, there might not be time to diagnose and treat AHCA, so the only matter that physicians and coroners must concern themselves with is what to list as the cause of death on death certificates; GOP legislation? Acute AHCA? Obamacare repeal?

Pelosi’s warning about the AHCA is the grandstanding people have come to expect from her; nobody is going to die if the AHCA becomes law. The AHCA should consist of one sentence, “This Act repeals the Affordable Care Act (ACA) in its entirety.”