by Defender Of Liberty | May 16, 2017 | Bureaucracy, Immigration, Legislation, Politics | 0 comments 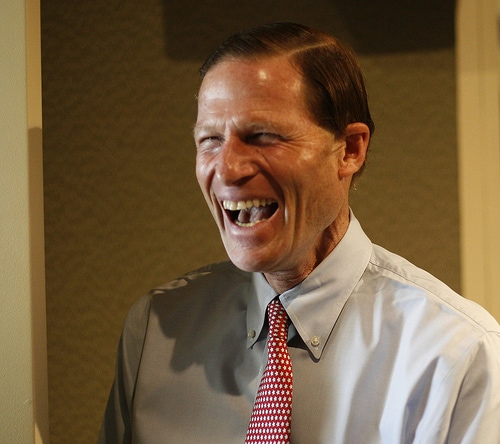 Senator Richard Da Nang Blumenthal babbles on about the firing of FBI Director Jim Comey while veterans die due to the incompetence and indifference of the Veterans Health Administration (VHA). Blumenthal is a member of the Senate Committee on Veterans’ Affairs and has never sponsored or co-sponsored legislation that will improve or hold VHA bureaucrats accountable for failing America’s veterans.  Blumenthal wrongly claims that President Trump’s firing of Comey has created a “constitutional crisis,” yet the fatal incompetence of the VHA has never prompted Blumenthal to appear on fake news outlets to publicly denounce the actions of VHA bureaucrats that have deadly consequences.

On May 4, 2017, the VA Office of Inspector General (OIG) released the findings of its inspection of the VA Greater Los Angeles Healthcare System (VALA) and the report substantiates the claim of the whistleblower who alleged that intentional misconduct by VALA employees prevented veterans from getting crucial medical care. The whistleblower, former Chairman Jeff Miller, sent a letter along with a copy of the facility’s “open consults report by service line and the number of deceased patients” to the OIG in which he alleged that “74 veterans died while waiting for a consult in Greater Los Angeles.” The OIG discovered that for the period October 1, 2014 through August 9, 2015, “225 deceased patients had 371 open or pending consults at the time of their deaths. Of the 225 patients, we found 117 patients with 158 consults experienced delays in obtaining requested consults.”

The extensive list of consults ignored was not just for routine follow-up care, providers ordered emergency consults (take action within four hours) and STAT consults (take action within six hours), but VALA bureaucrats did not treat them as urgent requests. VALA bureaucrats are not concerned about consults nor is Blumenthal. Thus far, Blumenthal has not responded to the OIG’s report on VALA. He is busy demagoguing for the illegal immigrant vote in Connecticut, so he doesn’t have a lot of free time.

The day before the OIG released its report on VALA, Blumenthal introduced S.1019 “a bill for the relief of Luis Barrios.” On May 15, 2017, Blumenthal introduced S.1120 “a bill for the relief of Valent Kolami.” Obviously, Barrios and Kolami are American veterans harmed by VALA’s indifference towards its patients and deserve restitution; no, they are illegal immigrants who live in Connecticut that Blumenthal wants to shield from U.S. law and provide with “relief.” The legislation is a continuation of his ongoing effort to give amnesty to illegal aliens while ignoring the subpar care veterans receive at VA facilities across the country. He has intervened in the deportation proceedings for Barrios and Kolami but has never intervened to give relief to veterans that the VHA has failed. 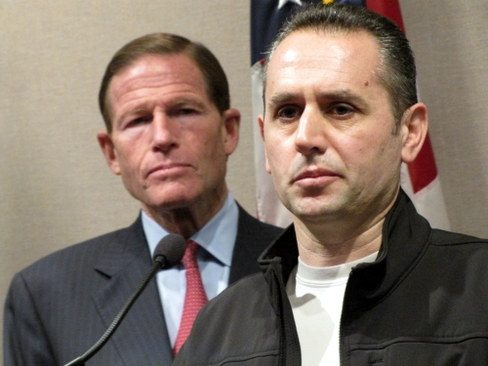 Blumenthal is obsessed with President Trump and continuing the narrative that Hillary Clinton didn’t lose the presidential election, Russian agents colluded with the Trump campaign to steal it; this dominates all of his time. However, he does make time to assist foreigners who violated U.S. immigration laws. As for U.S. veterans, well, they can look elsewhere for support; Blumenthal only has time to spread disinformation and provide comfort and aid to felons.

To veterans languishing in VA hospital beds hoping against hope that they will receive the critical care necessary to sustain their lives, maybe Barrios and Kolami can help; they just need amnesty.