Congress, without the Consent of the Governed, Passed Another Unlawful, Immoral Budget 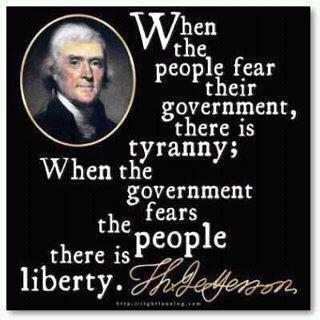 Recently, Democrats and the Republican establishment, without the consent of the American people, passed another unlawful, immoral “budget.” The 2017 Omnibus Appropriations bill passed because Congressional leaders used the usual fear-mongering about the possibility of a government shutdown to drum up votes. Politicians in both parties use the threat of a government shutdown as a ruse to quickly pass a budget that allows them to shirk their financial and oversight responsibilities and avoid the accountability that might come with votes on whether to fund various agencies and programs.

The United States Congress is constitutionally obligated to fund and oversee the hundreds of departments and agencies that make up the federal bureaucracy. The responsibility to fund the federal government is a daunting task, not only because of the size of the government but also because the power unelected bureaucrats wield over the American people; this is why most Congressmen prefer the yearly charade of pretending that there was no time to read the budget because of an impending government shutdown. 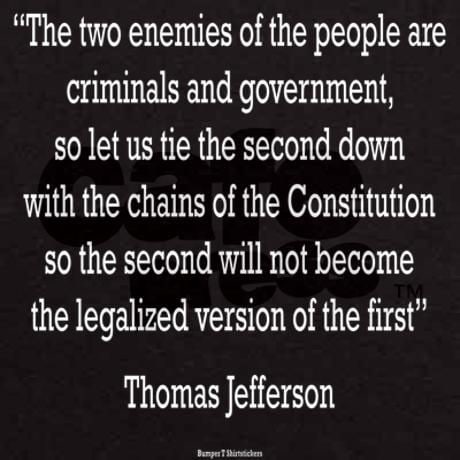 This year, per usual, Congressional leaders rolled eleven appropriation bills into a 1,274-page bill and advised their colleagues that they must vote on the bill immediately. Combining eleven appropriation bills into one and bringing that bill to the House and Senate floors for a vote without allowing time for a review of the massive bill allows elected officials to avoid any responsibility for the actions of the administrative state. The fabricated urgency to pass a budget forces members of Congress to blindly vote to approve all that the government does without reservation or choose to defy leadership and opt for the apocalyptic government shutdown. This year’s budget passed without any evaluation of the agencies and their programs, or any vote to reauthorize programs that expired years ago.

A critical fact about legislation that establishes a department or agency is that there is a sunset clause in the legislation that serves as an expiration date that once reached automatically shuts off funds. Once an agency or program reaches its termination date, Congress is required to hold a vote to reauthorize the agency or program or let it die. Unfortunately, Congress routinely ignores sunset clauses to avoid casting votes on whether to continue to fund various agencies because they do not want to be on record as for or against a bill or program; getting re-elected is more important than the stewardship of tax dollars, so they illegally fund agencies. For decades, Congress has funded departments and agencies that have expired under the sunset provision in the original legislation. The following are examples:

Politicians avoid accountability for the budgets they pass by ignoring laws passed by Congress; political expediency circumvents the law.

What happens when the people’s representatives decide to engage in nefarious activities to avoid accountability for the actions of the government? The federal bureaucracy becomes the most powerful, albeit unconstitutional, branch of the government. The willful negligence of members of Congress has created a bureaucracy that has carte blanch to do whatever it dreams up, and the American people have no recourse to rid themselves of the tyrannical regulations issued by nameless, faceless bureaucrats.

Congressional leadership uses the threat of a government shutdown to motivate their colleagues to vote for the continued funding of the bloated, unaccountable bureaucracy, but what would happen if enough members of Congress elected to defy leadership and opt for a government shutdown? A fact that goes unnoticed is that the administrative state collects enough money from fines, fees, and regulatory approvals to fund itself.

Article I, Section 7 of the U.S. Constitution states, “All Bills for raising Revenue shall originate in the House of Representatives.” Article I, Section 8 enumerates the power “To lay and collect Taxes, Duties, Imposts, and Excises, to pay the Debts and provide for the common Defense and general welfare of the Unites States” to the House of Representatives. Clearly, the Founding Fathers wanted Congress to be responsible for the collection and distribution of monies collected, but Congress has abdicated this responsibility by allowing bureaucrats to issue regulations that lead to fines for non-compliance. Where does the money go that the bureaucrats receive and who spends the money; nobody knows. However, there is plenty of it because during the familiar pass a budget or shut down the government farce in 2013, the Department of Homeland Security drafted a contingency plan that showed a shutdown would not prevent it from continuing its normal operations. Apparently, the bureaucracy is immune to shutdowns because legislators allow it to operate without supervision and oversight, so it lays and collects taxes, duties, and imposts that enable it to function without appropriations from Congress.

For decades now, members of Congress have broken the laws they’ve passed to avoid public debates and votes on budgets they want to conceal before the passage of the legislation. The unwillingness of Congressional leadership to review and evaluate the eleven appropriation bills separately is plunging the United States deeper into debt while putting more and more pressure on American taxpayers to fund a massive bureaucracy. The American people must demand that their representatives end their yearly budget charade and carefully and thoroughly review and evaluate appropriation bills to assess whether to fund every agency/department/program in the bills based on their constitutionality and effectiveness. If the people’s representatives are unwilling to perform their duties, they need to be held accountable; deluge their offices with telephone calls, e-mails, and letters, if this doesn’t work, vote them out of office.