The Confederate Monuments Responsible for the Crime and Poverty that Plague New Orleans are Gone; Problems Solved. 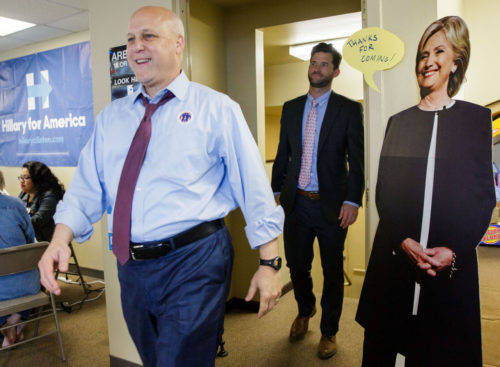 The Confederate monuments responsible for the crime and poverty that plague New Orleans, Louisiana (NOLA) are gone; problems solved, right? The people of New Orleans have suffered under the murderous reign of statues for far too long, so the coup that led to their ouster should end the violence and bloodshed and abject poverty that have claimed the lives of so many residents. Generals Robert E. Lee and Pierre Gustave Toutant Beauregard have been driven out of the city by Democrats who correctly identified that the cause of all the problems that harm the people is the tyrants that reign over the city in the form of statues.

The City of New Orleans is a dangerous city that regularly appears in top ten lists for crime, including routinely appearing near the top for most homicides. Despite a population of only 369,000, crime statistics for NOLA rival larger cities like Los Angeles. The following is an abbreviated list of 2015 crime stats for the city:

Again, the population of NOLA is 369,000. These numbers are staggering and disturbing when you think about the thousands of lives affected by the crimes.

How dangerous is NOLA? Tyrann Mathieu, a native of NOLA who currently plays in the National Football League (NFL), says this about his hometown, “It’s so dangerous, I tell you, I fly in, and I fly out of town. That’s how scared I am. And this is where I came from. I love my city to death. But it’s senseless.” Well, Tyrann, Mayor Mitch Landrieu (Democrat) and the city council (Democrats) found a solution to the violence and bloodshed, remove statues. The removal and eradication of any evidence of the Confederacy will not only make the residents of NOLA safer; it will make them more economically prosperous. 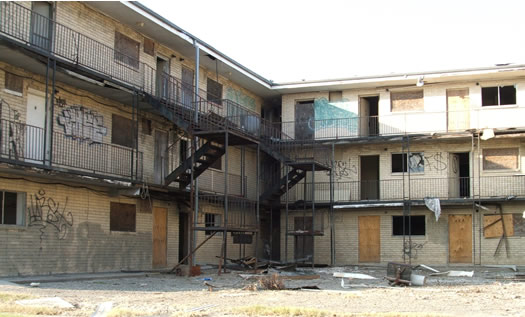 The people of NOLA are languishing in poverty because Confederate monuments have issued edicts that have led to their economic ruination. The economic stats for NOLA provide a glimpse into the poverty that afflicts the greater majority of its residents. Dollars and Sense: Real World Economics published the following rankings for NOLA that compare the city to other large cities with populations over 100,000 people:

The rankings are alarming on their face, but when you think about the other cities and their populations, cities like Chicago, Los Angeles, New York, etcetera, the high rankings for NOLA are beyond comprehension. However, Landrieu and his comrades on the city council identified the cause of the poverty; those mean statues won’t relegate people to government housing and force them to live in poverty ever again.

The City of New Orleans is a microcosm of modern liberalism/progressivism. The elected officials who govern NOLA are stereotypical Democrats in that they are unwilling to acknowledge real problems and work to solve those problems. Landrieu and those of his ilk are motivated by their thirst for power, not providing stable governance that benefits the people they claim to represent.

Over five decades ago, Democrats declared war on poverty and devised and implemented policies and programs known as “The Great Society” that were supposed to create heaven on earth, but delivered hell, just ask the people who live in the Lower Ninth Ward in NOLA.  When Democrats claim they can produce a progressive utopia that shields people from want and pain, be afraid. Eric Hoffer wrote in The True Believer, the following about the promise of heaven made by liberals/progressives/communists/socialists/fascists:

When hopes and dreams are loose in the streets, it is well for the timid to lock doors, shutter windows and lie low until the wrath has passed. For there is often a monstrous incongruity between the hopes, however noble and tender, and the action which follows them. It is as if ivied maidens and garlanded youths were to herald the four horsemen of the apocalypse.

Landrieu and the NOLA city council claim their decision to remove Confederate monuments will create racial harmony and economic prosperity; hopes and dreams are loose on the streets of NOLA! The removal of Confederate monuments is nothing more than race-pandering on steroids; no dreams will come true.

Landrieu and the city council just like the entire Democrat Party are committed to identity politics as a means to power. Democrats label people, assign them to groups, convince them they are victims, affirm their victimhood, and blame history, including historical, inanimate objects.

Democrats like Landrieu and those who sit on the NOLA city council, just like the Democrat Party, are morally and intellectually bankrupt. What do the Democrats who govern NOLA offer the thousands of women raped in their city, the removal of statues? How does Landrieu ease the pain of the families of murder victims; “The statues are gone!” What has the NOLA city council come up with to assist the tens of thousands of single moms and their children who are drowning in poverty; “The Confederacy was bad!” Democrats in NOLA and throughout America have nothing to offer beyond platitudes and meaningless, useless gestures.