The Misrepresentation of the Texas ‘Bathroom Bill’ 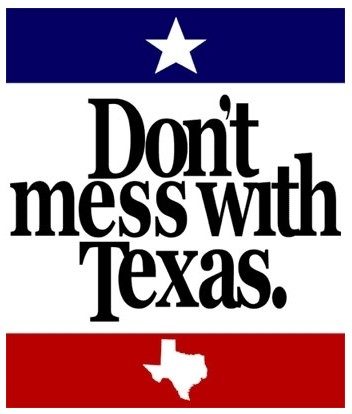 Why don’t parents in Texas want their daughters to shower and urinate with boys; monsters! Guess what?! The celebrities who helped Hillary Clinton get elected to the highest office in the land are fighting mad about S.B. 6, and they want the world to know that your daughters have to undress with boys because progress demands that all changing rooms be open to any person claiming whatever variation of sexual identity.

The Texas ‘bathroom bill’ that has captured the attention of the geniuses in Hollywood because they’ve proclaimed themselves America’s bathroom czars. Opponents of S.B. 6 argue that it is blanket legislation designed to govern bathroom and shower usage in the public and private sector; not true. The bill applies to government facilities, not private ones.

The purpose of the proposed law is to ensure the safety of women and girls who use bathrooms and changing facilities in government buildings. The following is the section of the bill that bothers the likes of Lady Gaga and Whoopi Goldberg:

“A school district or open-enrollment charter school shall adopt a policy requiring each multiple-occupancy bathroom or changing facility accessible to students that is located in a school or school facility to be designated for and used only by persons based on the person’s biological sex.”

The ‘bathroom bill’ covers all government agencies of the state, counties, and municipalities of Texas, but this fact is ignored by outsiders because they are only interested in the schools because stripping away your children’s innocence, sense of decency and desire for privacy in bathrooms, locker rooms, and showers is their aim. Ewan McGregor and Amy Poehler have never read S.B. 6, so they are unaware that it does not prohibit school districts and charter schools from providing accommodations such as “a single occupancy bathroom or changing facility or the controlled use of a faculty bathroom or changing facility, on request due to special circumstances.”  All of this seems reasonable, right; not to cultural Marxists.

The Texas Senate passed a rational piece of legislation that doesn’t infringe upon the private sector or prevents school districts and charter schools from providing separate facilities for students whose genitalia and mental state are in flux, yet Democrats vehemently oppose the legislation; why? Democrats oppose S.B. 6 because their goal is to strip your children of any religious or moral teachings received from their families and churches to make them loyal, intellectually stunted Democrat voters.

Cuomo made it clear in his response to a question he received via Twitter that penises belong in girls’ locker rooms. Cuomo received the following question via Twitter:

“What do you tell a 12-year-old girl who doesn’t want to see a penis in the locker room?”

Cuomo, the father of two daughters, tweeted this response:

“I wonder if she is the problem or her overprotective and intolerant dad? teach tolerance.”

According to Cuomo, the girl would like to see penises in her locker room, but her morally rigid father is forcing her to comply with his antiquated beliefs about males and females; the guy is obviously unfit to be a father. Somebody find this girl and get her some penis flash cards, birth control pills, the morning after pill, and a gift card to Planned Parenthood; DNC school supplies. Lady Gaga, we have an emergency!

Progressives view your children as their children, and until parents wake up and realize that they fund and own school districts and local schools, they will continue to see their kids subjected to the political and personal agendas of progressive administrators and teachers. Senate Bill 6 is an admirable effort by the Texas Senate to protect and shield the children of Texas parents from the machinations of progressives, and it must become law to repel the morally reprehensible agenda of evildoers who aim to inculcate children who attend government schools in Texas.