The Bureaucracy is Immune to Executive Orders 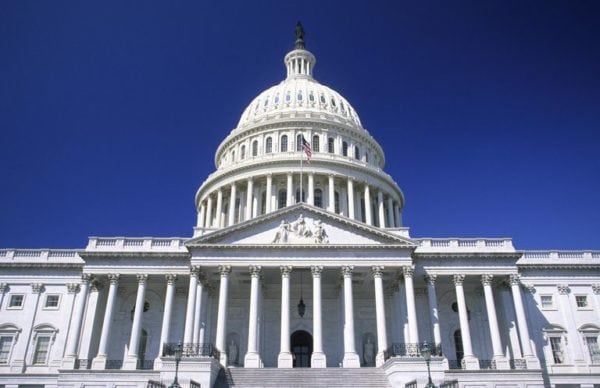 The core of the president’s Order is that each agency will designate one agency official as a regulatory reform officer. The Order reads as follows: “Within 60 days of the date of this order, the head of each agency, except the heads of agencies receiving waivers under section 5 of this order, shall designate an agency official as its Regulatory Reform Officer (RRO).” The RRO is responsible for ensuring that “agencies effectively carry out regulatory reforms consistent with applicable law.” A bureaucrat is going to be tasked with making sure orders he disagrees with and views as a threat to his job are carried out at the detriment of the bureaucracy he considers sacrosanct; maybe try sprinkling fairy dust on the Leviathan.

Trump’s order is another weak attempt to rein in a bureaucracy that is unaffected by Executive Orders. Barack Hussein Obama issued an almost identical Executive Order titled Improving Regulation and Regulatory Review that showed the bureaucracy is immune to orders that require a reduction in the number of regulations; not a single regulation was deleted from the Federal Register. Executive Orders that purport to reduce the size and scope of government look good on paper and allow presidents to claim that they have taken action to neuter the functionaries, but they pose no threat to the bureaucracy.

The United States House of Representatives is the only body with the Constitutional authority to reform the bureaucracy. Article 1, Section 9, Clause 7 reads: “No money shall be drawn from the Treasury, but in Consequence of Appropriations made by Law; and a regular Statement and Account of the Receipts and Expenditures of all public Money shall be published from time to time.” The House possesses the power of the purse, so it is responsible for directing funds to federal agencies. At the Federal Constitutional Convention, Elbridge Gerry said, “The House is more immediately the representatives of the people, and it is a maxim that the people ought to hold the purse-strings.” Members of the House can deliver regulatory reform for the American people by starving the Leviathan. Aside from a few members of Congress, the “ruling class” doesn’t want to or lacks the courage to shutter federal agencies, but it can stop funding them which will all but close the agencies marked for expulsion. Once the administrative state has been brought low, Congress can start repealing the laws that led to tens of thousands of regulations.

President Trump and members of his administration must read a recently released book titled, What Washington Gets Wrong: The Unelected Officials Who Actually Run the Government and Their Misconceptions About the American People because it provides a chilling glimpse into the minds and attitudes of the bureaucrats who tyrannize over individuals and businesses. The unelected officials who govern America have nothing but disdain for the American people and politicians; the Bureaucrat Kings will ignore Trump’s order just as they ignored Obama’s order.