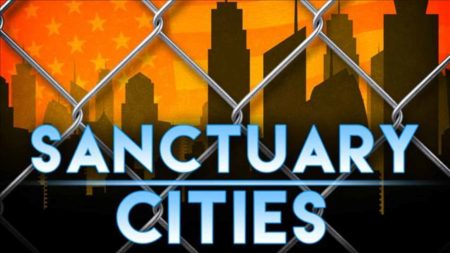 The Democrats that govern major cities across the United States have created city rights out of thin air to harbor criminals in exchange for votes. Where did city rights originate? You will not locate the doctrine of city rights in Magna Carta, The Federalist Papers, The Declaration of Independence, or the United States Constitution. You will not find the theory of city rights in any of the documents mentioned above because the mere suggestion that a city is independent and has the authority to nullify federal and state laws is preposterous. However, Democrats have decided that progress demands the illogical invention of city rights; reason and law be damned! 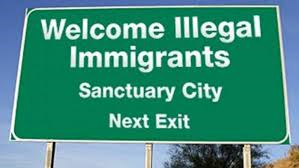 What motivated Democrats to create city rights? Democrats rely on identity politics for their existence, and city rights is an outgrowth of identity politics.  Hispanics have been identified by Democrats as the group they have to focus on to gain and maintain power. Democrats view illegal immigrants, not as criminals, but as voters who will naturally vote Democrat, so they must be protected from any law enforcement agency that wants to bring them to justice. A detainer from ICE is an affront to their political agenda and must be repelled as a sign of solidarity to the large Hispanic populations of their cities; a public refusal to obey federal law equals goodwill with the Hispanic population, goodwill that they hope will translate to votes.

Sanctuary cities are progressive, safe zones designed to aid and abet criminals who entered the U.S. illegally. These safe zones are harboring criminals who have victimized Americans in countless ways, including murder, rape, sexual assault, and robbery. However, the Democrats who created the safe zones ignore the victims of the crimes committed by illegal immigrants because they view Hispanics as Democrat voters; votes equal power. 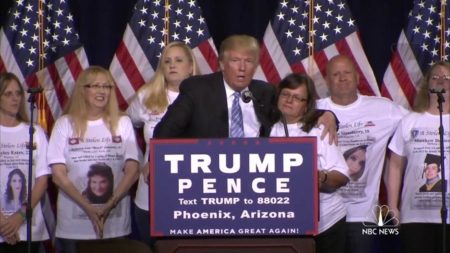 Candidate Trump with the Moms of Victims of Illegal Immigrants

What do these cities have in common other than their sizeable Hispanic populations? All of these cities are controlled by Democrats. The Democrats who control the local governments and the Democrat Party as a whole view the Hispanic populations in the cities mentioned above as voters who have the potential to provide ceaseless power to the Democrat Party on the national, state, and local levels.

The establishment of the Democrat Party has identified Hispanics as the most significant voting bloc in America, hence the Hispandering at the detriment of America and the American people; city rights is Hispandering. The mayors of heavily Hispanic cities have made bold, public statements to declare that they will resist any attempt by federal immigration authorities to enforce the laws of the United States within their city borders. The resistance by these mayors begs the question, why do they make public statements? Why not just order city officials and law enforcement to ignore any attempt by the federal government to enforce America’s immigration laws? The Democrat mayors’ public statements of defiance are calculated efforts to send a message to millions of Hispanics that they are their protectors. Democrats are playing the long game by pandering to a voting bloc that they’ve classified as significant and useful for winning elections.

The platform of the Democrat Party is Hispanic-centric. The following is from the DNC’s website:

As the Latino population grows in the United States, communities have continued to turn out in record numbers and help to organize and spread the word about the shared priorities of Democrats and the Latino community.

Democrats are the party that wants to build bridges, not walls, and lift up all Americans. We will continue working with the Latino community to build on all the progress we’ve made over the last eight years. By fighting to pass comprehensive immigration reform, protect and expand access to health care, and create an economy that works for everyone, Democrats are making investments that will and move our country forward.

The Democrat Party is betting its future on Hispanics, including Hispanic illegal immigrants.

Currently, the Democratic National Committee (DNC) is without a chairman. One of the candidates for DNC Chair is Rep. Keith Ellison (D-MN) who is campaigning on a strategy for the party that is solely based on “Latino engagement.” Ellison does not mince words or try to conceal his Hispandering; it is the centerpiece of his vision for the Democrat Party. Ellison proclaims in his DNC campaign strategy document:

The future of the Democratic Party, quite simply, depends on whether it can earn the support of the Latino community. As America’s largest and one of the fastest growing minorities, it is the Democratic Party that must prove itself deserving of Latino support.

Ellison clearly sees Hispanics as the base of the party, and he lays out a strategy for the DNC that is solely focused on appealing to Hispanic voters. Here are some snippets from Ellison’s plan for the DNC:

It is self-evident that Democrats view illegal immigrants as the coveted prize. Democrats have determined that it is illegal aliens that can provide them with a lock on the White House and supermajorities in the House and Senate. The key to converting illegal immigrants to Democrats is the passage of legislation to “reform the immigration system” that must include amnesty and citizenship.

Democrats had to formulate city rights to rebuff any attempt to deport their future voters. The laws of the United States are of no consequence to Democrats who seek a monopoly on political power. And what of the victims of illegal immigrants? Americans who are victimized by illegal immigrants are merely collateral damage on the road to totalitarianism.