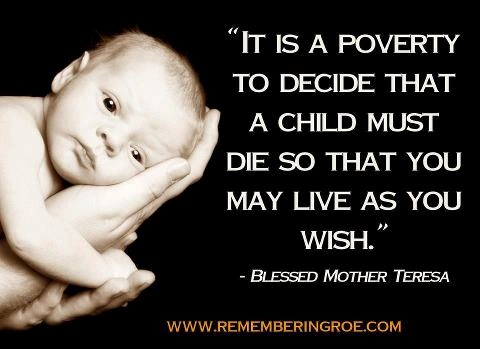 Babies Can Live Through Abortions

Most Americans are unaware that babies can live through abortions because they are unfamiliar with abortion procedures. Babies do survive botched abortions and sometimes a worker at an abortion facility miraculously has an epiphany that the baby who has been poisoned inside the womb for days is a human being laying on the bed in need of emergency medical attention from actual health care professionals trained to sustain life. Sadly, an untold number of babies who survive abortion are murdered outside the womb by strangulation, suffocation, or neglect.

There are members of Congress attempting to stop the evil practice of murdering babies outside the womb after botched abortions by passing legislation (S. 2066) to amend Title 18 U.S. Code to make it a criminal act to murder a born-alive baby after a failed abortion. Murder is murder no matter the age of the victim, yes? Recently, the House Judiciary Committee held a hearing on the Hyde Amendment and the Born-Alive Infants Protection Act in which it heard from individuals committee members invited to provide testimony; Gianna Jessen testified before the committee.

Who is Gianna Jessen? Jessen is an abortion survivor who provided heart-wrenching testimony that should resonate with civilized human beings. Jessen survived because the abortionist had not arrived at work when she was born.

Many Americans have no idea that babies can even live through abortions and are often left to die. But this does happen. I know this because I was born alive in an abortion clinic after being burned in my mother’s womb for 18 hours. Apart from Jesus himself, the only reason I am alive is the fact that the abortionist had not yet arrived at work that morning. By the Grace of God, in my case, a nurse called an ambulance and had me transferred to a hospital.

Jessen is the exception to the rule that every baby selected for abortion must not live. The Born-Alive Infants Protection Act is an attempt to give human beings who enter the world like Jessen did, a chance to live and punish the people who deny them life after they survive a heinous abortion procedure.

The proposed legislation provides equal protection under the law for human beings who survive abortions. The legislation states:

If an abortion results in the live birth of an infant, the infant is a legal person for all purposes under the laws of the United States and entitled to all the protections of such laws.

This seems reasonable, right? Murder is illegal, yes? Democrats/Liberals/Progressives do not consider the murder of a baby earmarked for death to be anything other than a woman exercising her “human right” to choose to murder her baby out of convenience. In fact, Obama has vowed to veto the bill because “it would likely have a chilling effect” on abortion providers.

Abortion is the sacred cow for Democrats/Liberals/Progressives because they ascribe to a nihilistic ideology. Any effort to put restrictions on the evil practice of murdering babies inside and outside the womb is an affront to Democrats/Liberals/Progressives that they will not tolerate. What is disagreeable about legislation that requires abortionists to “exercise the same degree of professional skill, care, and diligence to preserve the life and health of the child as a reasonably diligent and conscientious health care practitioner?” Is it unjust to punish an abortionist for the intentional killing of a child born alive?

Human beings are endowed by God with natural rights; life, liberty, and the pursuit of happiness. Democrats/Liberals/Progressives reject natural rights for “human rights” that are defined and bestowed upon human beings by a government, not God. Democrats/Liberals/Progressives have defined abortion as a human right, so babies who survive abortions can still be executed.

S. 2066 is a thoughtful, rational piece of legislation that supports natural law and America’s founding principles, so its passage is a no-brainer. The troubling aspect of S. 2066 is that it is even necessary, but has to be passed as the first step to stopping infanticide.