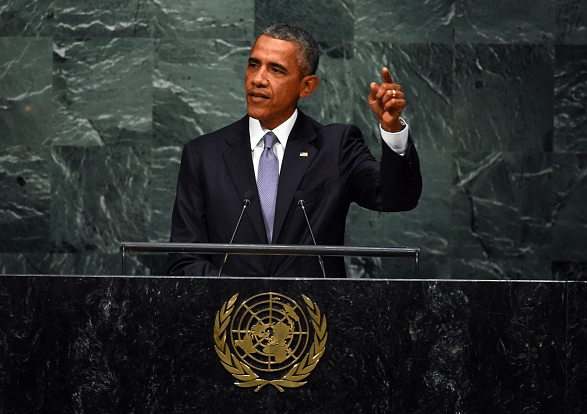 Obama Administration and UN Collaborate on “Refugees” from Central America

The Obama administration announced it has expanded its Central American Minors Refugee/Parole Program to include chain migration. The Obama administration and the United Nations (UN) have determined that the most effective way to deal with the hundreds of thousands of alien minors who are apprehended at America’s southern border is to expand its unlawful amnesty to every family member of these aliens whether the family members are living in the U.S. illegally or are still in Honduras, El Salvador, or Guatemala. The collaboration between the Obama administration and UN regarding the “refugees” from Central America makes it clear that the United States is no longer a sovereign nation that has elected officials who adhere to and enforce U.S. law; international law promulgated by the UN reigns supreme.

The new plan hatched by Obama and the UN has not garnered any attention from the mainstream media, but Senator Jeff Sessions provided a news release on it. Senator Sessions is the Chairman of the Subcommittee on Immigration and the National Interest, so he is well-informed on the nefarious activities related to the Obama administration’s immigration agenda. The following is from Sessions’ news release:

“The program allows certain alien parents in the U.S., including those with no lawful immigration status but who are considered to have “lawful presence” based on some form of executive amnesty, i.e., TPS and DACA, to apply to have their children in El Salvador, Guatemala, or Honduras brought to the U.S., circumventing legal immigration requirements.”

The plan allows more minors to enter the U.S., and it also permits unlimited chain migration by allowing the following:

Sons, daughters, stepsons, stepdaughters, grandparents, aunts, uncles, nieces, and nephews of the illegal immigrants who reside in the U.S. will be allowed to petition the UN for resettlement to the U.S. as refugees.

The UN is the primary actor implementing the plan. The UN High Commissioner for Refugees (UNHCR) and the International Organization for Migration (IOM) are in-country identifying “vulnerable” families and individuals who have to be resettled. According to a Media Note released by the U.S. Department of State, “Through coordination with the UNHCR and IOM, the United States government will pre-screen vulnerable applicants from the region seeking protection. After pre-screening, this arrangement will allow UNHCR and IOM to transfer applicants most In need of protection to Costa Rica, where they will undergo refugee processing before being resettled to the United States.” The Obama administration and UN are redefining refugee to justify their relocation of hundreds of thousands of people.

A refugee is someone who has a “well-founded fear of persecution for reasons of race, religion, nationality, political opinion or membership in a particular social group;” this definition is from the UN Refugee Agency. The people from Honduras, El Salvador, and Guatemala do not qualify as refugees; they are not political figures or members of a social group marked for death; they have no allegiance to their countries much less a political party, so how do you explain the machinations by the Obama administration and UN?

The goal of globalists like Obama and the masterminds at the UN is to eradicate sovereign nations; they view nations as impediments to the implementation of the UN’s Agenda 2030; the recipe for global socialism that will usher in utopia. How do refugees fit into the globalists’ plan for implementing Agenda 2030? The Obama administration and the UN view immigration as a tool that can be used to transform nations. Multiculturalism extinguishes a country’s history, customs, traditions, symbols, and language thereby reducing the people to a populace. Unchecked immigration is going to reduce America and Europe to landmasses where the populace transacts business and accesses welfare programs under the watchful, regulatory, tyrannical eye of one world government.