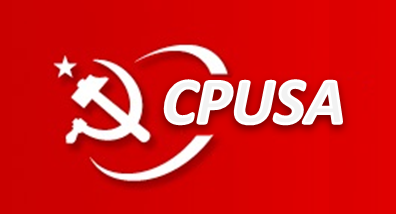 Beyond Marriage and Family

There are forms of ideological colonization which are out to destroy the family. They are not born of dreams, of prayers, of closeness to God or the mission which God gave us; they come from without….The family is threatened by growing efforts on the part of some to redefine the very institution of marriage, by relativism, by the culture of the ephemeral….Every threat to the family is a threat to society itself. The future of humanity … passes through the family. – Pope Francis, January 16, 2015

Being queer means pushing the parameters of sex, sexuality, and family, and, in the process, transforming the very fabric of society. We must keep our eyes on the goal of providing true alternatives to marriage and of radically reordering society’s view of reality. – Paula Ettelbrick , former legal director of Lambda Legal Defense and Education Fund

The unconstitutional U.S. Supreme Court decision on Obergefell v. Hodges settled the matter on marriage once and for all, correct? The Americans who just wanted the issue to go away and thought it would once same-sex marriage became the law of the land can breathe a sigh of relief knowing that the controversial issue has been resolved, right? Homosexuals will move on from the case satisfied that they now have “marriage equality,” correct? Same-sex marriage is the end of the reshuffling of America’s culture, right? No! No! No! No!

Those who want to eradicate God, abolish religion, abolish eternal truths, demonize the past, and  destroy American customs and traditions in order to fundamentally transform America are just getting started. Same-sex marriage is a small part of the goal of cultural Marxists who are committed to transforming America into a communist utopia.

Allowing men to marry men and women to marry women is just the beginning of the ongoing mission by liberals/progressives to dismantle marriage and the family. Really?! Maybe this quote from Masha Gessen, gay rights activist and writer, will help convince you:

The legalization of same-sex marriage has never been about equality, it has always been about abolishing marriage.

Where does marriage go after Obergefell v. Hodges? If you ask a progressive, he/she doesn’t know because progressivism is an undefined ideology that changes constantly. It is a safe bet that same-sex marriage has opened the door for any and all forms of marriage. Liberals/Progressives are well aware that the institution of marriage is going to be transformed into a Godless, amoral goulash. Paul Kengor wrote the following in his book Takedown: From Communists to Progressives, How the Left has Sabotaged Family and Marriage regarding the future of marriage:

The current liberal/progressive standard that consenting adults who love each other ought to be entitled to “marriage rights” cannot, by sheer logical consistency, prohibit polygamous marriages, group marriages, interfamily marriages (mother married to son or daughter or stepson or stepdaughter, dad to son or daughter or stepson or stepdaughter, married uncles and nieces, aunts and nephews, etc.) and numerous other innovative arrangements. By the left’s new insistent standard for what rises to the level of “marriage,” any and all of these variations are fair game for consideration if not implementation. Liberals in their hearts know this; it is undeniable.

Kengor understands that the evils of Pandora’s box are going to be loosed upon America to destroy marriage and the family.

What is next up for marriage? The normalizing of polygamy is probably next up on the liberal/progressive agenda.

Chief Justice John Roberts wrote in his dissenting opinion on Obergefell v. Hodge that the decision to allow same-sex marriage “would apply with equal force to the fundamental right to plural marriage.” How could the liberal/progressive standard of consenting human beings who love each other not apply to human beings who choose to love each other as a group? Lawsuits have already been filed to legalize polygamy, so we are well on our way to group marriage becoming legal because Obergefell v. Hodge has set a precedent that cannot be denied.

The following quote from Gessen gives us a glimpse into America’s future:

I have three kids who have five parents, more or less, and I don’t see why they shouldn’t have five parents legally. I met my new partner, and she had just had a baby, and that baby’s biological father is my brother, and my daughter’s biological father is a man who lives in Russia, and my adopted son also considers him his father. So the five parents break down into two groups of three … And really, I would like to live in a legal system that is capable of reflecting that reality, and I don’t think that’s compatible with the institution of marriage.

Where will it all end? Where do liberals/progressives draw the line? Is there a line they won’t cross? Liberals/Progressives don’t even have answers to these questions.