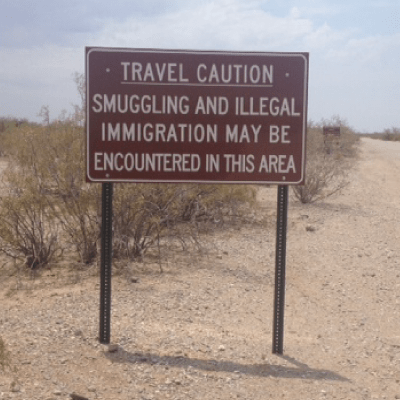 Senators Jeff Sessions and Ron Johnson have introduced a companion bill to Representative John R. Carter’s H.R. 1149  that was passed by the House Judiciary Committee last year. The legislation is designed to prompt the repatriation of unaccompanied, alien minors who illegally crossed the southern border. The Obama administration has intentionally failed to secure the southern border and ignored U.S. immigration laws because its mission is to fundamentally transform America. The aforementioned legislation is an attempt to force the Obama administration to deport the unaccompanied, alien minors, and remove any incentive for minors to illegally enter the U.S. 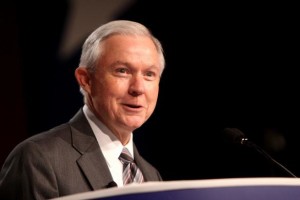 Senator Sessions made the following statement regarding his legislation:

The American people want and deserve a lawful immigration system, but instead we have a system that is manipulated at every turn resulting in a virtual collapse of enforcement.  Not surprisingly, in recent months the number of purported unaccompanied alien children crossing our southern border has more than doubled.  As a result, our nation’s schools, hospitals, and social services are facing massive, unsustainable strain.

This crisis is the natural consequence of this administration’s policies and continued exploitation of our immigration laws. The only way to stop the illegality is to ensure those who enter unlawfully, including children, are treated well but returned home quickly. Assurance of being returned sends a powerful message louder than words. The word will spread and the number attempting illegal entry will quickly fall. This legislation will send the message that America is going to enforce its laws and its borders by closing loopholes, eliminating fraud, and removing dangerous incentives for illegal immigration.‎

Last year, the Homeland Security and Governmental Affairs Committee released “The State of America’s Border Security,” a report highlighting that since 2009, the U.S. has apprehended 122,700 unaccompanied children from El Salvador, Guatemala and Honduras, but only 7,700, or 6 percent, have been repatriated. As a result of the incentives for illegal immigration created by this administration’s policies, more children continue to migrate to the United States.

The Protection of Children Act eliminates a well-intentioned but misguided policy that incentivizes children to embark on the dangerous journey to the United States. If enacted, this bill will address the current humanitarian crisis at our border head-on. I am pleased to support this legislation with Sen. Sessions.

The legislation is designed to force the Obama administration to take and maintain custody of the illegal immigrants instead of releasing them with an order to appear at a later date for their immigration hearings. Obama’s Executive Office for Immigration Review (EOIR) has reported that 88 percent of the unaccompanied minors who were ordered to appear did not show up for their final court hearing. Rep. Carter’s law requires the Department of Health and Human Services (HHS) to retain custody of all unaccompanied minors who are waiting for a court hearing, or have been ordered by a judge to be deported. The bill also states that the illegal immigrants “have a hearing before an immigration judge within 14 days” in order to speed up the process and avoid a never ending process that keeps the illegal immigrants in limbo and encourages them to disappear into the interior of the U.S. The bill requires the Obama administration to adhere to a rational administrative process that protects the American people.

The Obama administration has not only lost track of most of the illegal immigrants from Central America, it has spent millions of your tax dollars to provide attorneys to the illegals who show up for their immigration hearings. Obama has redistributed $9 million in tax dollars for attorneys. The legislation is designed to save the American taxpayer from paying for legal representation for foreigners who broke federal and state laws when they crossed the southern border. The legislation reads, “An unaccompanied child in HHS or Department of Homeland Security (DHS) custody shall have access to legal counsel at no cost to the government.” The illegals will not be denied legal counsel, but Americans will not be required to pay for it. Progressives like Barack Hussein Obama and Hillary Clinton are free to use their money, not federal tax dollars, to fund attorneys for any and all  illegal immigrants.

The number of unaccompanied minors crossing the southern border continues to surge, but the Obama administration refuses to take steps to secure the border. The biggest problem facing America is illegal immigration, and Senators Sessions and Johnson are attempting to address one of the many issues surrounding the havoc created by the Obama administration.