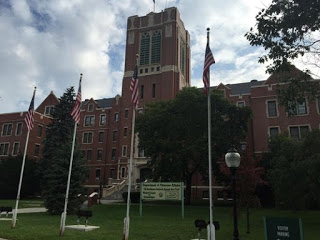 The Veterans Crisis Line is Infected with Indifference and Incompetence

Suicide is the 10th leading cause of death in the United States. According to the American Foundation for Suicide Prevention, 42,773 Americans die by suicide each year. Veterans account for 20 percent of suicide deaths. According to the Veterans Support Organization, 120 veterans commit suicide every week (17 a day). It is painfully obvious that suicide among veterans is a serious problem that has to be resolved immediately.

The Veterans Health Administration (VHA) released a Suicide Prevention Fact Sheet that provides statistics on veteran suicides from October 1, 2008, to December 31, 2010.  In the report, VHA suicide prevention coordinators state that approximately five veterans commit suicide per day, and nearly 950 veterans attempt suicide each month among veterans receiving care from the VA. Suicide is obviously a problem among veterans. The U.S. Department of Veterans Affairs (VA) has attempted to address, albeit poorly, suicide among veterans.

In July 2007, the VA started the Veterans Crisis Line (VCL), Canandaigua, New York, as a suicide crisis hotline for veterans, families of veterans, and military personnel. The VCL is set up to provide services 24 hours a day, seven days a week. Unfortunately, the VCL is another VA program/facility riddled with indifference and incompetence.

The VA Office of Inspector General Office of Healthcare Inspections (OIG) conducted an inspection of the Veterans Crisis Line (VCL) to determine whether numerous complaints filed against the VCL are legitimate. On May 8, 2014, a complainant contacted the OIG and made the following allegations:

The OIG report includes a complaint from the U.S. Office of Special Counsel (OSC) that alleges the following:

The complaint by the OSC is an attempt by the Obama administration to make it appear as if the problem(s) are minor and can easily be solved with more training for VCL staff. The OSC is trying to pin the blame on the volunteer call centers. The volunteer call centers the OSC is referring to are backup call centers manned by staff members of the Mental Health Association of New York City, not volunteer call centers.
The OIG substantiated all of the claims made by the complainant. The OIG report states, “We substantiated allegations that some calls routed to backup crisis centers were answered by voicemail, and callers did not always receive immediate assistance from VCL and/or backup center staff.” The OIG also validated the allegation that veterans were being put on hold for lengthy periods of time by VCL bureaucrats and responders at the backup crisis centers.
Any attempt by a veteran to speak to a person using the VCL starts out bad because the telephone numbers do not ring directly to a responder. When a veteran calls the VCL, he hears instructions to “press 1 if you are a veteran, military member, or family member of a veteran or military member and wish to speak with VCL staff.” The OIG reports that the VCL’s routing process map requires veterans to endure a 22-second greeting before getting to the option of pressing 1 to speak to VCL staff. Once the telephone finally rings, it will take at least 38 seconds for a responder or a staff member at a backup crisis center to answer a veteran’s phone call, or nobody picks up. It appears that the VCL is set up like a customer service center, which minimizes the seriousness of the phone calls.
The OIG concluded that responders, the bureaucrats answering the calls, SSAs, the bureaucrats tasked with directing resources, and the people working in the NYC backup call centers had failed to respond to the needs of veterans who are dealing with tough issues that have led them to contemplate suicide. To make matters worse, the OIG concluded that none of these people have the necessary training, experience, and credentials to fulfill their job duties. The OIG discovered that the VA “does not require specific licensure or education prerequisites, such as a college degree, for responders or SSAs.” The OIG’s inspection also uncovered that neither the responders or SSAs received any orientation or training before starting their jobs.
The VCL is a microcosm of the fed gov bureaucracy. The VCL has all of the usual elements of a fed gov program. The program was set up in a haphazard manner by people who lack the acumen and expertise to handle the tasks. The program’s staff members are unqualified people who lack the competence and commitment to fulfill the requirements of the job. The VA should have, at the very least, terminated some managers, but it did not terminate a single bureaucrat. In the private sector job performance is everything, but in the public sector, it is irrelevant.
The VA is a disaster! America’s veterans have earned better than what they are getting from the VA. Veterans need quality health care, not an uncaring, impersonal, ineffective bureaucracy incapable of delivering anything other than disappointment.